The researchers found that mesenchymal stem cells that came from the Wharton’s jelly of the umbilical cord had a better capacity to expand into more tissue than those taken from the bone marrow. Further, their gene expression was different. In the stem cells from the Wharton’s jelly, there was greater gene enrichment for genes related to cell adhesion, proliferation, and immune system functioning than in the cells from the bone marrow. These cells also induced the maturation of brain cells more so than did the mesenchymal stem cell derived from bone marrow.

These results show that Wharton’s jelly-derived mesenchymal stem cells have distinct properties from bone marrow-derived mesenchymal stem cells and likely have specific advantages as well to help treat those battling osteoarthritis, multiple sclerosis, Parkinson’s disease, and other degenerative conditions. Further research will help bear out more of the differences between these types of stem cells and how each type can best be used to help patients. 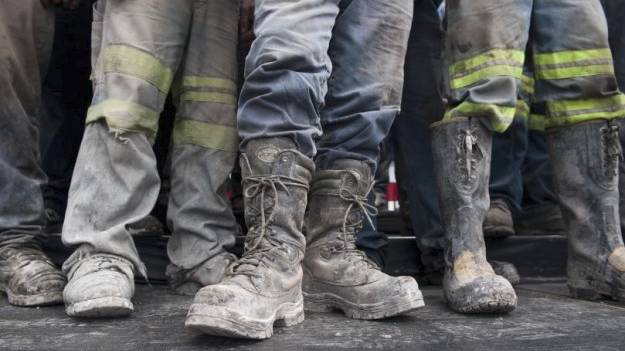 Silicosis, which is also known as miner’s phthisis, potter’s rot grinder’s asthma, potter’s rot, is an occupational disease of the lungs that is caused by the inhalation of a specific type of dust called crystalline silica dust. The disease causes inflammation and scarring in the lungs that leads to the formation of lesions. The disease has been increasing in incidence in developing countries in recent years and unfortunately cannot be fully cured.

A recent study, published in Stem Cell Research & Therapy, explored, for the first time, the potential to intervene in processes associated with silicosis. Stem cell therapy has been used to address inflammation and the resulting tissue damage. Mesenchymal stem cells have been applied to other occupational conditions as well. The researchers hypothesized that adipose-derived mesenchymal stem cells would improve pulmonary fibrosis by reducing inflammation.

Through their study, they found that using these adipose-derived mesenchymal stem cells in silicosis did indeed lead to a remissive effect with regard to pulmonary fibrosis. Further, they found that this occurred by reducing inflammation by modifying protein certain cellular pathways that decreased the expression of problematic proteins.

What is the Difference in Various Stem Cells?

One of the most intriguing features of stem cells is their ability to become virtually any other type of cell. We all start out as a sperm and an egg but end up as an exquisitely organized collection of heart cells and brain cells and kidney cells, etc. At each step of the way—from early cells to the adult human body—stem cells become more differentiated and less capable of becoming any other cell. Thinking about them this way, stem cells are grouped into four categories:

In summary, as you think about different types of stem cells, it can be important to think about where the stem cell came from (e.g. fat tissue), but also consider its potential for self-renewal and differentiation.

Stem cells derived from bone marrow, or hematopoietic stem cells, are a topic of significant debate in the medical community. While they have exhibited significant potential for benefiting people with both cancerous and noncancerous diseases including immune deficiencies, not all methods for administering bone marrow are created equal. While intra-articular injections of bone marrow are more common and considered safer, intravenous methods pose serious risks, which are explored here.

Intra-articular injections involve injecting bone marrow directly into the compromised joint, whereas intravenous methods entail infusing bone marrow stem cells into the body through the veins. Intra-articular injections have shown promise in treating conditions such as osteoarthritis (OA) in joints such as the knee and has proven to achieve pain relief for moderate-to-severe cases of osteoarthritis.

Intra-articular treatments are localized, so the injected bone marrow is already in its target location upon being administered. According to research, this form of therapy is generally considered to be safe. In intravenous bone marrow transplants, however, there are serious risks associated with treatment. Bacterial infections are common, while viral and fungal infections can also occur and cause life-threatening conditions, such as organ failure.

Risk factors for developing any complication associated with intravenous bone marrow transplantations vary based on a number of factors, including the patient’s age, genetics, and type of disease being treated. With that said, due to its limited risks, intra-articular bone marrow methods appear to be the safest form of treatment currently available. Although each patient will need to discuss risk factors alongside potential benefits with his or her physician, oftentimes the risks appear to outweigh the potential benefits.

There are alternative therapies with fewer potential side effects which may be explored such as Adipose and Umbilical Cord-derived stem cells. These regenerative medicine treatments not only can treat osteoarthritis and sports-related injury conditions, but have also shown positive results in treating neurological conditions such as Multiple Sclerosis, Parkinson’s disease, Post-Stroke, and Traumatic Brain Injuries (TBI).

Under normal circumstances, pain receptors react to painful stimuli such as burns or lacerations. Pain receptors from the body then send that information along nerves to the brain via electrical signals. Once that electrical information reaches the brain (which happens almost immediately), it is perceived as pain. This type of pain is a nociceptive pain.

While it is rather simple to treat pain caused by a burn or laceration (nociceptive pain), it is very difficult to effectively treat neuropathic pain. Standard treatments for neuropathic pain include anti-epilepsy medications such as phenytoin, gabapentin, or carbamazepine and antidepressants such as venlafaxine, duloxetine, or amitriptyline. Usually, these treatments are only modestly effective. Eventually, many patients need powerful opioid medications like morphine and oxycodone to control their pain.

Researchers at the Cleveland Clinic published research that strongly suggests that stem cells may be able to improve those battling neuropathic pain. Dr. Jianguo Cheng and his research group have shown that mesenchymal stem cell transplantation into the spinal fluid can reduce pain and pain sensitivity in an animal model of neuropathic pain. In one series of experiments, they showed that mesenchymal stem cells could relieve pain in rats who had experimental nerve damage. Researchers confirmed the benefit of stem cells for neuropathic pain in several different sets of experiments. The results have been so encouraging that Dr. Cheng and the Cleveland Clinic have applied to patent the technology.

Dr. Cheng’s group also showed intravenously administered mesenchymal stem cells are just as effective as cells administered into the spinal fluid (intrathecally). This is good news for patients since it is less invasive to put stem cells into a vein than it is to infuse them into the cerebrospinal fluid. Amazingly, the research group showed that stem cells injected through either route (vein or spinal fluid) ended up finding their way to damaged nerves where they could provide maximum benefit.

While this work in animals must be performed in humans to confirm the results, this preclinical research establishes a strong foundation for those clinical studies. These results provide hope to those who struggle with daily neuropathic pain.

« Older Entries
Next Entries »
Do you have questions?